What does marmite and pole have in common?
You either love it or you hate it!
For me pole is a love (and so is marmite actually!) But I do get why people don’t love it. So when thinking about why people don’t love it I came up with some personality traits that these people possess.
First there are those with a low self-esteem and self-belief. This is because they cannot see themselves as ever being able to do the moves. As the saying goes whether you think you can or think you can’t you are right.
I recently heard this saying
‘You are not what you think you are,
You are not what I think you are
You are what you think I think you are.
In other words we create all our feelings and beliefs from how we think other people see us.
For some people this is crushing. They think that every time they don’t get a move they have embarrassed themselves and they are the only one that cannot do it. They believe people are sniggering behind their backs, they find it hard to stand tall and laugh with people and at themselves. Because of these feelings people then get defensive and say they don’t like pole and that people that do pole are different types of people that they could ever be.
Next there is the person that cannot celebrate other people’s successes as this is a knock against their own, they believe there can only be so much good luck, or so many people that can do well and when it’s taken no one else will be as successful. So rather than feeling empowered and inspired by other peoples success they are intimidated and jealous. These people usually come from a background of being the centre of attention, things are always done to keep them happy and they have a hard time sharing and doing things for other people.
Then there are the people that just need the results now! It’s about the end result and they don’t really care for the journey. They are no tenacity or dedication to the art. They come once a week or every other and then wonder why it’s not coming together. There is the person that thinks that because they have the ability to dance or do gymnastics they should be bumped ahead. Because they focus on the end move when it doesn’t come together they lose motivation and leave. When they fail to see is the small improvements that are made each week they miss the magic in the journey, just as a straw can break a camel’s back there are bricks that build a bridge. Each week it’s up to you so think hard about how you interpreter your results.
What I love about pole came out really positive way this week as I was interviewing for a new instructor. What struck me was the language the interviewees used. All have pole in their lives, all the applicants where building bridges and they all said the same things. They talked about their class as a family; they all said they want to do the job because they want to give something back. They have a passion that they want to share, they see how it has improved them physically mentally and they have the emotional support from the group too. They raved about the journey, their eyes would look to the ceiling to describe the experience as they told me about the hardest move they had conquered and they all smiled while telling me this! They found joy in the success and they found strength from the failures.
For these first personality traits pole will never be their thing. And the reason why is because you need to laugh at yourself sometimes, you need to jump up and down with glee and high five the person next to you because they did something good so that next time people will celebrate with you too. You get back what you put out and I know that we are getting back the best experiences.
I hope you love us too
Clare xx
Pole 4 Fitness

Blog 1. Why I love pole and I think you should too!
Blog 3 Why it’s important to do conditioning exercises.

You can now view our classes calendar and make a booking online. Simply click the button below to get started.

You can download Claire's free pole dancing guide by adding your name and email to the form below.

Where to Find Us: 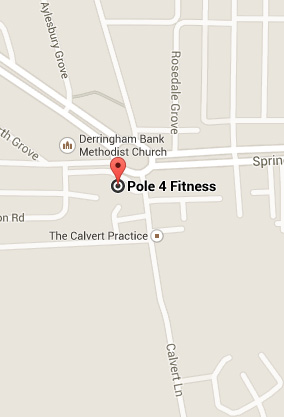